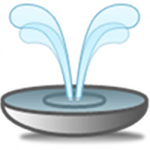 Reservation system Al-Salama is a product developed for the company providing spa stays for foreign clients. The sponsor has failed to effectively manage its growing number of business cases simple logs using Word / Excel, the existing programs for the spa industry for its work and too complex and have not been able to respect the specifics needed for the agenda of strangers .

The development of network applications has been solved in C #, reporting via Crystal Reports. The prototype was ready to deploy authentication approximately 3 weeks after entering. After verification has been continuously applied even smaller number of modifications aimed at eliminating the primary shortcomings, and especially to extend the functionality of applications based on the knowledge gained from practical use in the verification operation.

Successful implementation of the reservation system is a typical example of rapid development of the area belonging to the so-called rapid development. Characteristic for this example was that the sponsor at the time was not ready to enter an exact description of the required functionality and definition of specific procedures and actions to be implemented together with the investigator in the initial phase of the project.

Our more than twenty years of existence with focusing on software development and IT applications and the number of satisfied customers, including customers from neighboring European countries, is a good sign for our company.

Our main know-how is associated with the software for automotive (evaluation and liquidation of vehicle damages) and parts management in companies focusing on machine production.